Startseite » Africa tour in English » Tanzania: From the Southwest to Dar-Es-Salaam

Tanzania: From the Southwest to Dar-Es-Salaam

What else is there in Tanzania apart from the Kilimanjaro, the Serengeti, Dar-Es-Salaam, and Zanzibar? As a cyclist I experienced it all. Read on and find out about East Africa’s second largest country.

After laid-back Malawi a larger and better-known country awaited me: Tanzania. Right at the border I noticed that things were done differently here. It was hectic at arrivals. There were a lot of money changers. The negotiations went back and forth until I had enough and decided to make an official exchange. Suddenly 2,000 Malawi-Kwacha (about 2.30 Euro) had disappeared. Quite a bit of money for Africa and not a good start in the new country.

Starting at Lake Malawi I ascended to a high plateau. It was almost as if I wanted to bike up to Kilimanjaro on the first day. I started at 470 meters and my target after 59 kilometers was 1,470 meters.

After I left the border behind me, it was much quieter as I cycled through tea and banana plantations. The size of Tanzania became apparent with the population density. People spread out more and there was hardly a village.

When I reached the first town, Tukuyu, I realized how orderly Malawi had been. Here everything was helter-skelter. Old buses and other vehicles were parked whatever which way on the streets. Everywhere there were stalls where one could buy fresh fruit and veggies.

The ascent on the second day was even worse: I gained 1,000 meters over 38 kilometers. There were no more villages. Things sold on the roadside were always the same: several kilometers of cabbage, then only potatoes, afterwards onions. Those weren’t much use to me.

After I had reached the top of the high plateau, the road was in terrible condition. 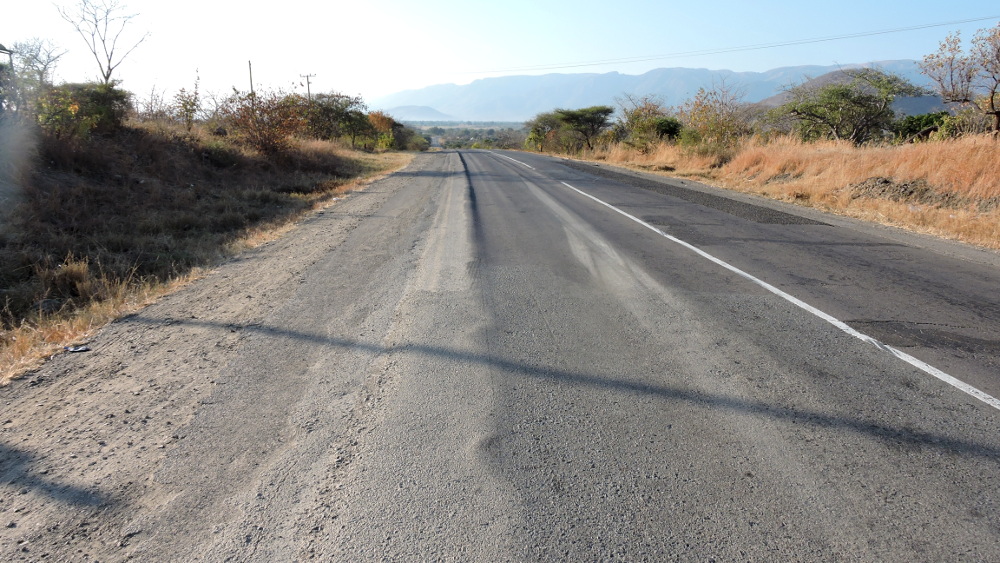 Deep grooves and humps. Both very unpleasant when I had to give way to trucks.

In the other African countries, I had always asked for the village chief when I looked for a place to camp. I learnt quickly that it was different in Tanzania where there were many different tribes. A chief is the head of a tribe and not of a village. That person is called a chairman.

English wasn’t as widely spoken and Swahili was the main language. It would definitely be worthwhile to learn that language.

The scenery up there was beautiful. 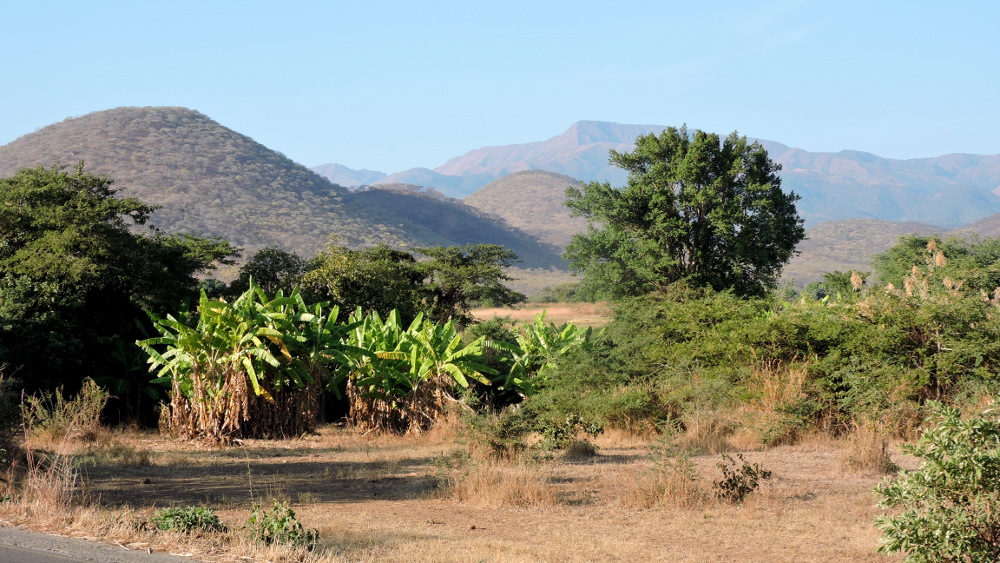 But the weather wasn’t always that nice. In the afternoon, it started to rain and there was a fierce headwind.

One day, I said to myself that I wasn’t here to suffer. When I reached the small town of Makambako around lunchtime, I decided to stop. I was surprised by the nice, clean room which I could get for little money at a guesthouse.

During the afternoon, I had time to walk around and see what there was to buy. 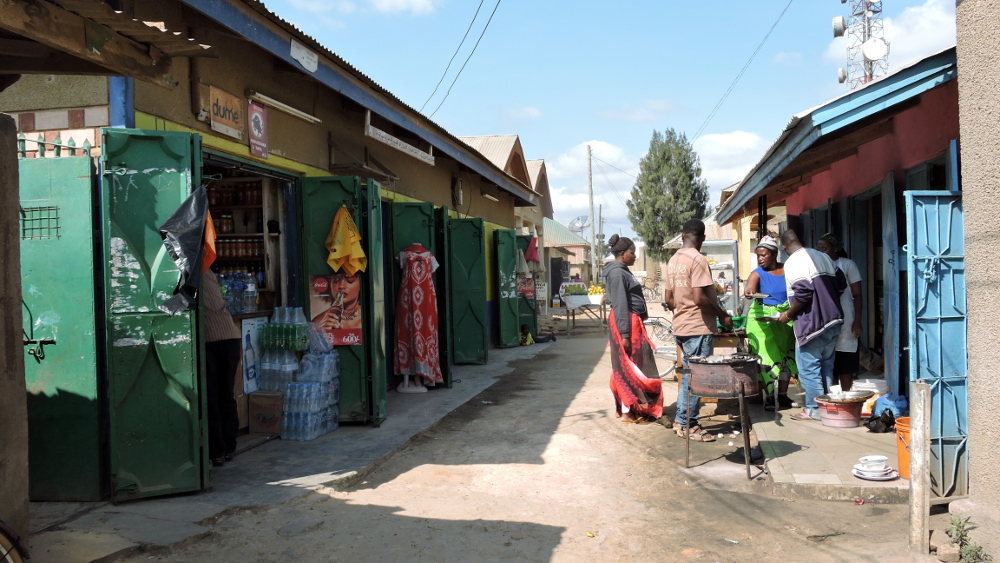 It was great that I could stock up on peanut butter, oats, and other supplies.

The road got worse and worse. The Chinese were hard at work. 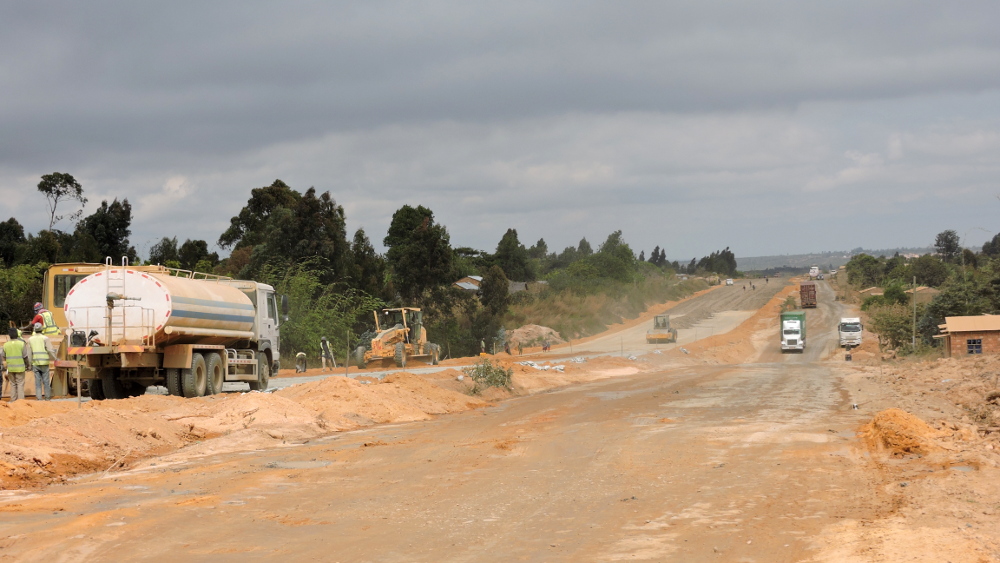 Instead of fixing the road bit by bit, they dismantled kilometers of road. Real work only happened in small sections.

All trucks and I had to make do with makeshift detours. Not surprising that trucks got stuck. No other vehicle was able to pass.

Such examples exist all over Africa.

What would I have done without the very tasty food? 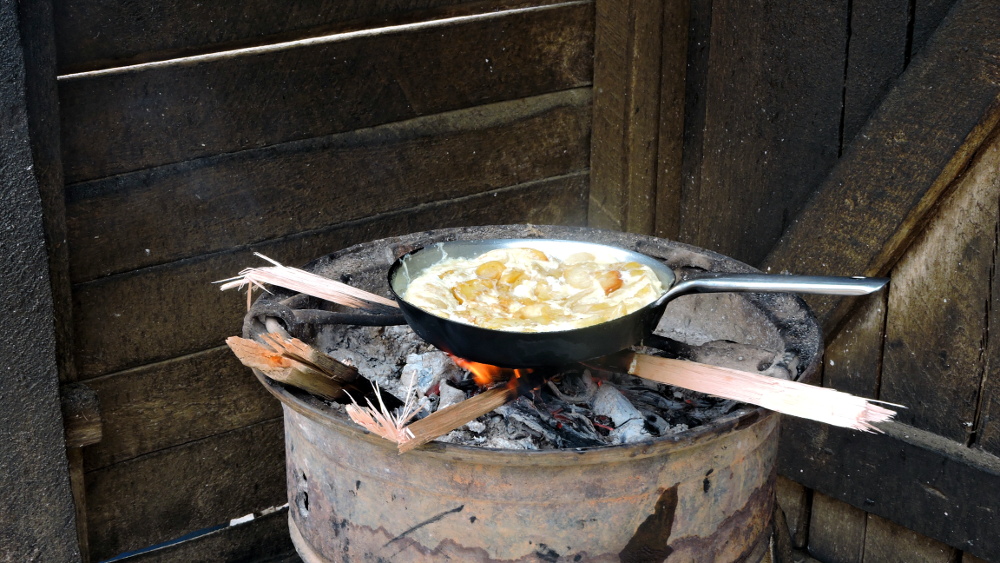 There were a lot of roadside stalls where I could buy “Chipsies” (French fries), sometimes made the Tanzanian way with scrambled eggs. It reminded me of Spanish tortillas.

I never imagined that it could get so cold in Tanzania. Rain and wind at such altitude were simply uncomfortable. Not only once did I give my beloved Hilleberg tent a miss and stayed at a guesthouse instead.

After Iringa I experienced an absolutely incredible day. 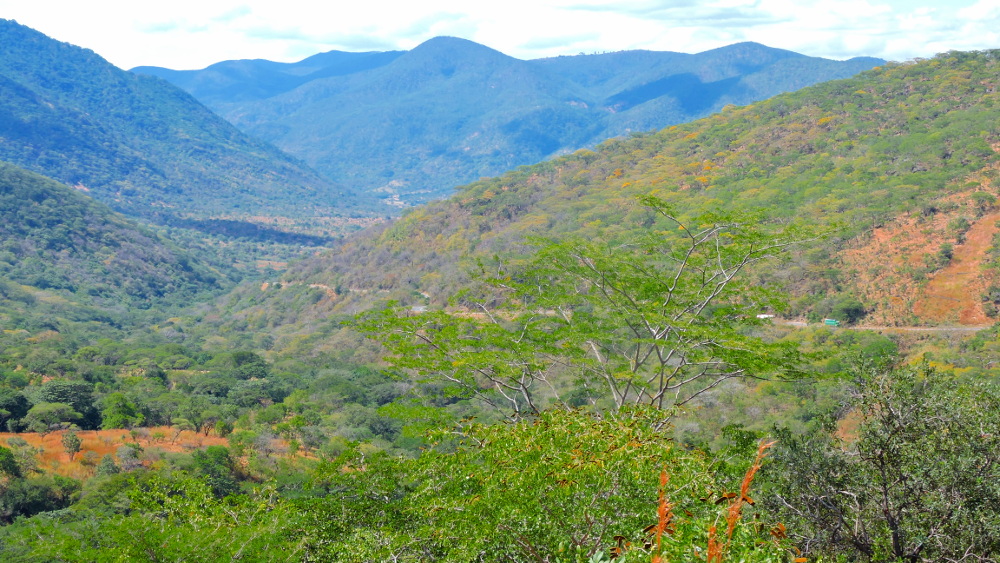 Finally, I rolled down to a lower and especially warmer region. 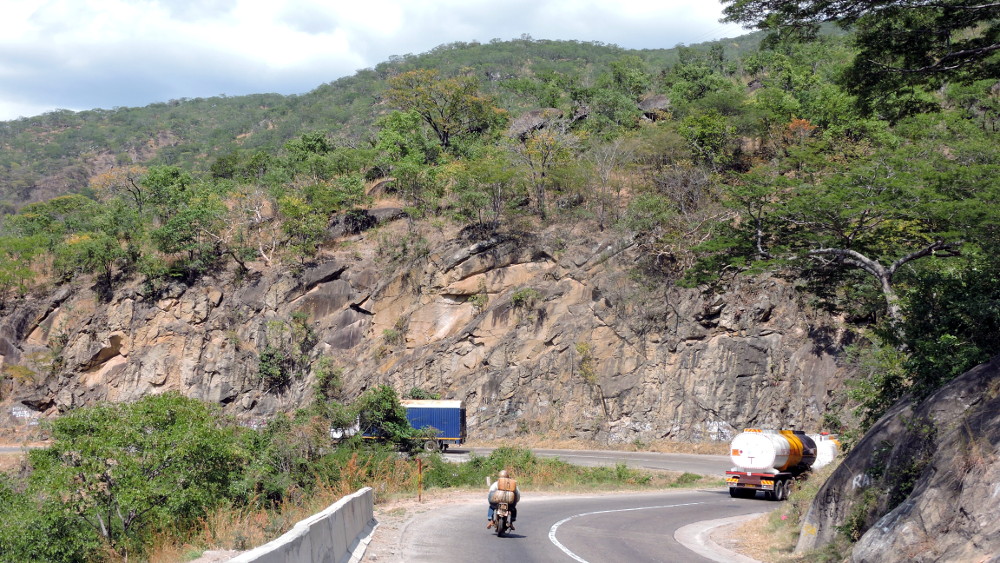 Over eight kilometers, I descended 800 meters. At the bottom I could take off my rain jacket and several layers of clothing.

Not only the scenery changed but also the people. Now I was in the country of the Maasai. 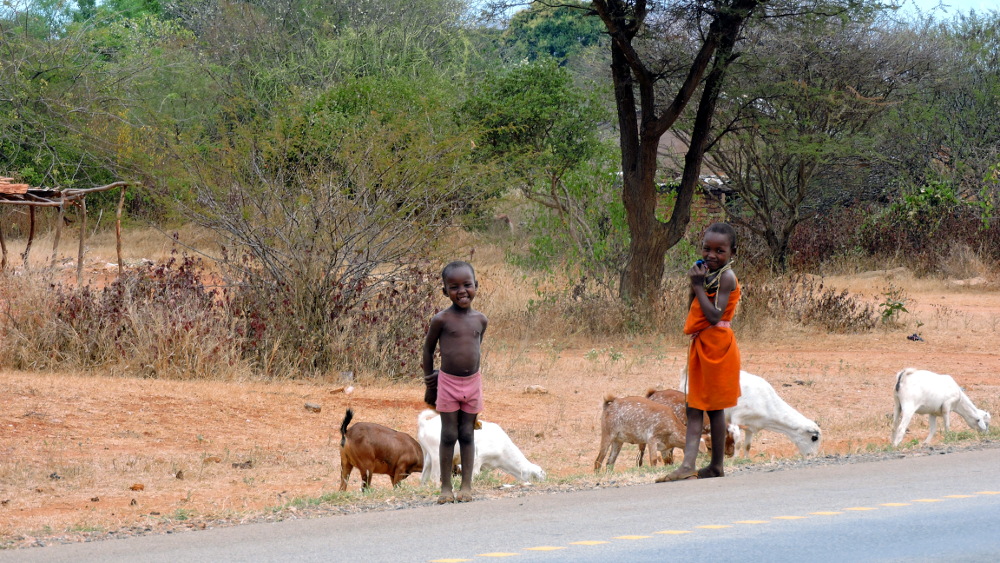 In the evening it was once again 100% Africa: I camped below Baobab trees, 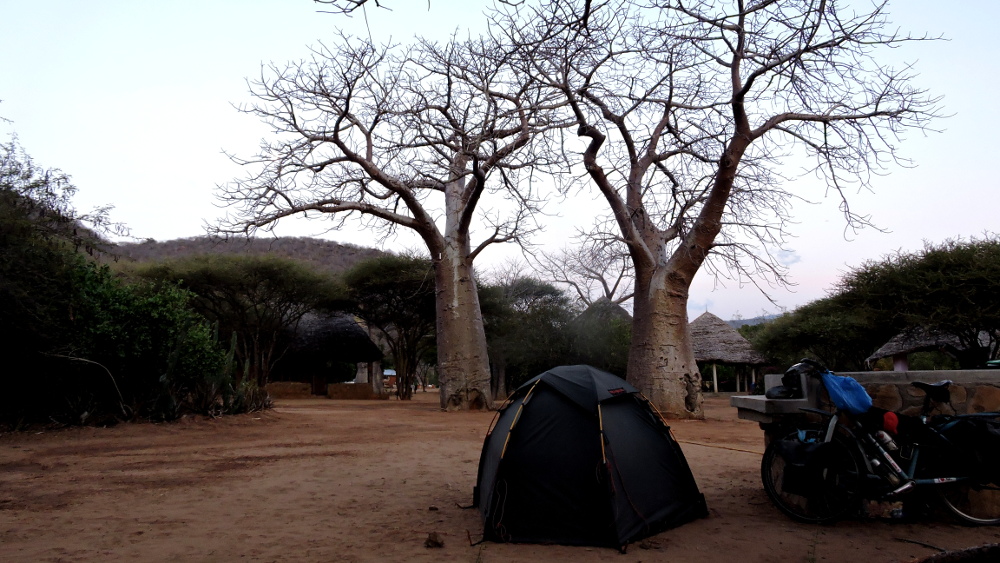 Next to a river which apparently was home to crocodiles and hippos. But I only saw a lot of monkeys and bats.

The incredible journey continued the next day. First through a narrow valley with sharp turns. At the end of the valley was the Mikumi National Park. Surprisingly, I was allowed to cycle through it. 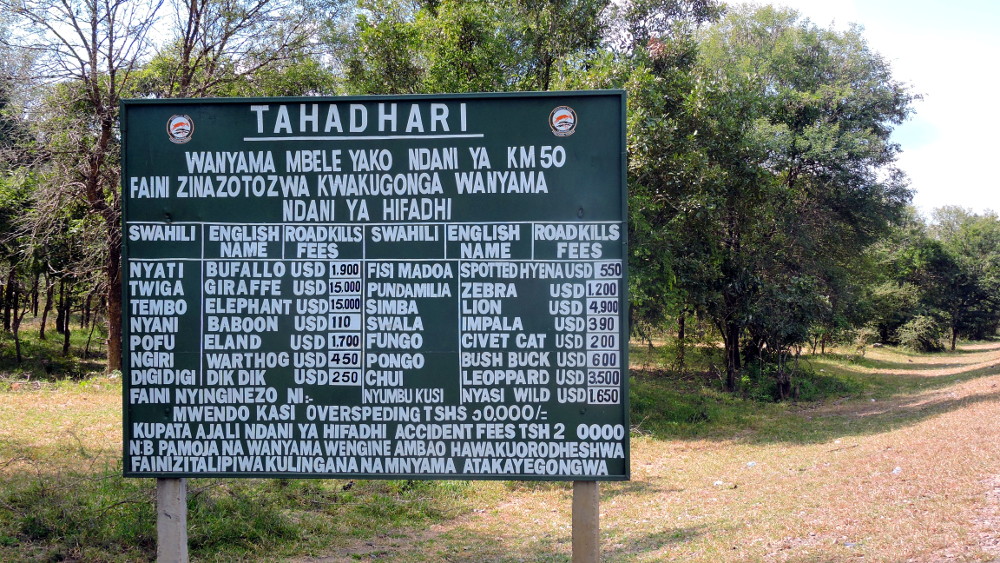 One could calculate how much was the fine was if one ran over one of these animals. I assumed that a lion would have a better chance to do me in than the other way around.

I only saw a few antelopes and baboons. The bush scenery was nevertheless beautiful in the late afternoon light.

The only condition had been that I’d leave the park before sundown. That I managed easily.

It seemed that the Maasai were the largest tribe. The men were easily recognizable. 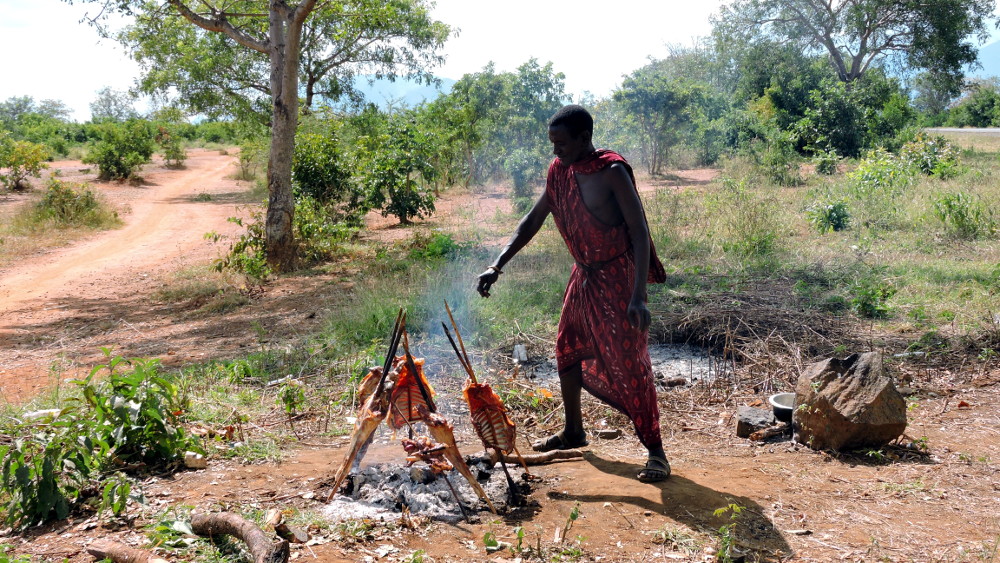 They offered a special barbecue. Goat or sheep. Nothing for me.

From the things sold by the roadside, I could deduce what was cultivated in the area. 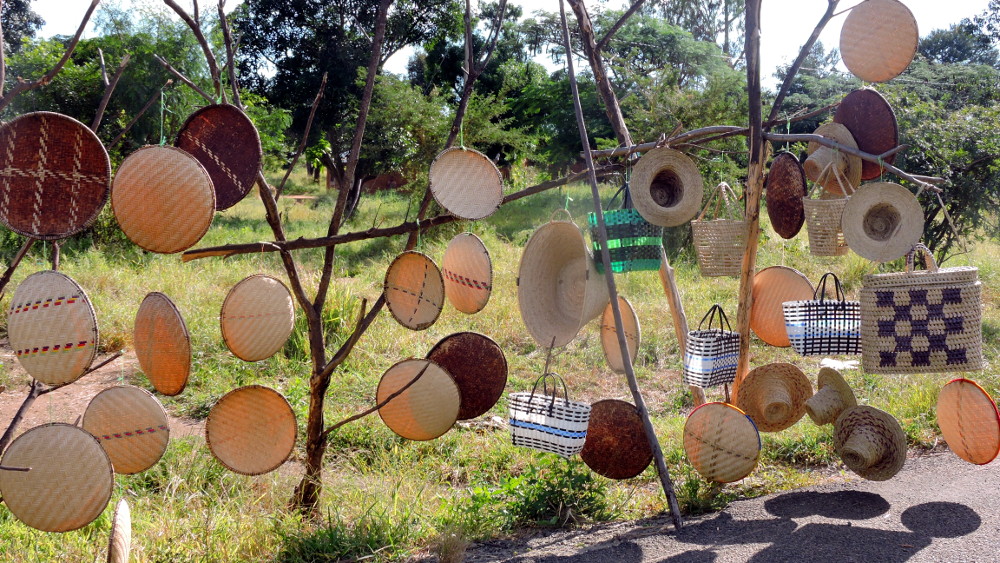 For a change, it wasn’t something to eat. Everywhere were these large sisal plants. 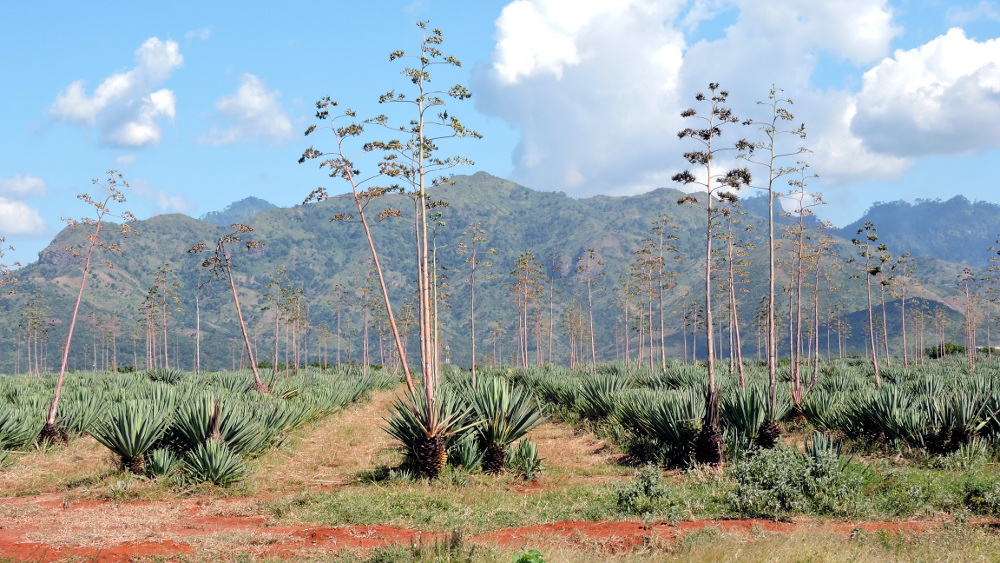 I came closer and closer to Dar-Es-Salaam. I quickly fled form the big city by ferry. On the other side of the port was Kigamboni. Here it was much quieter and I found an incredible place to camp, right by the ocean.

During the eleven days in Tanzania, I had a large variety of weather: from heavy rains to beautiful sunshine. I had quite a bit of altitude change, from sea level to over 2,000 meters. 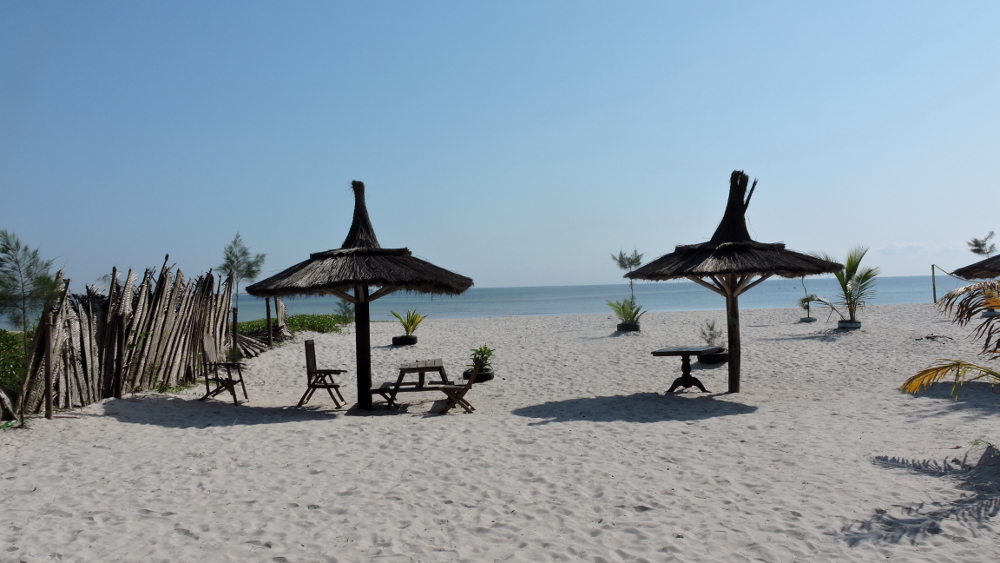 But it wasn’t over yet. 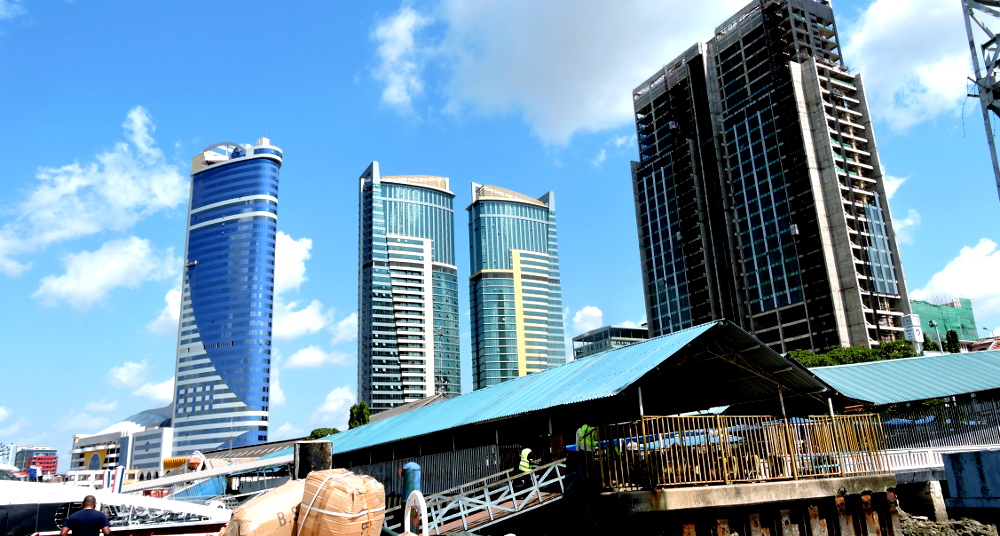 Back to the harbor and by ferry to Zanzibar, 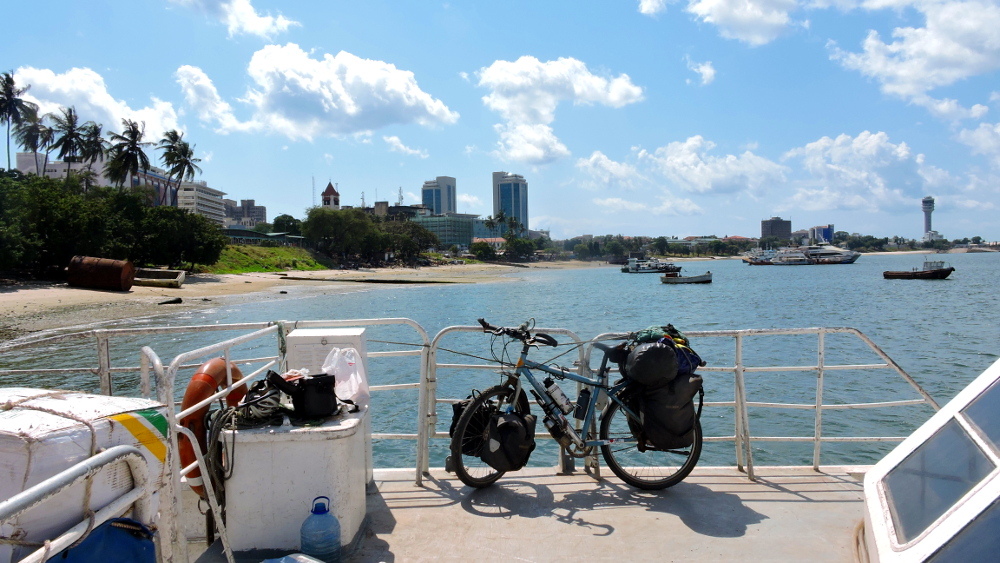 I tell you about my experiences on the spice island in the next blog.