Startseite » Africa tour in English » A wheel under wheels

A wheel under wheels

Unintended experiences with a Moroccan bus driver, policemen, and other bureaucrats.

I posted the last blog from Dakhla and had intended to continue the next day, Easter Sunday.

As is so often the case, life happened. I was stopped at one of the routine police checkpoints at the exit of Dakhla and once again my details were recorded. After that was done, I pushed my bike across the road. A large tourist bus parked on the other side. Just as I crossed, the driver pulled out without looking. I couldn’t react fast enough and the front wheel of my bike was hit by the bus. 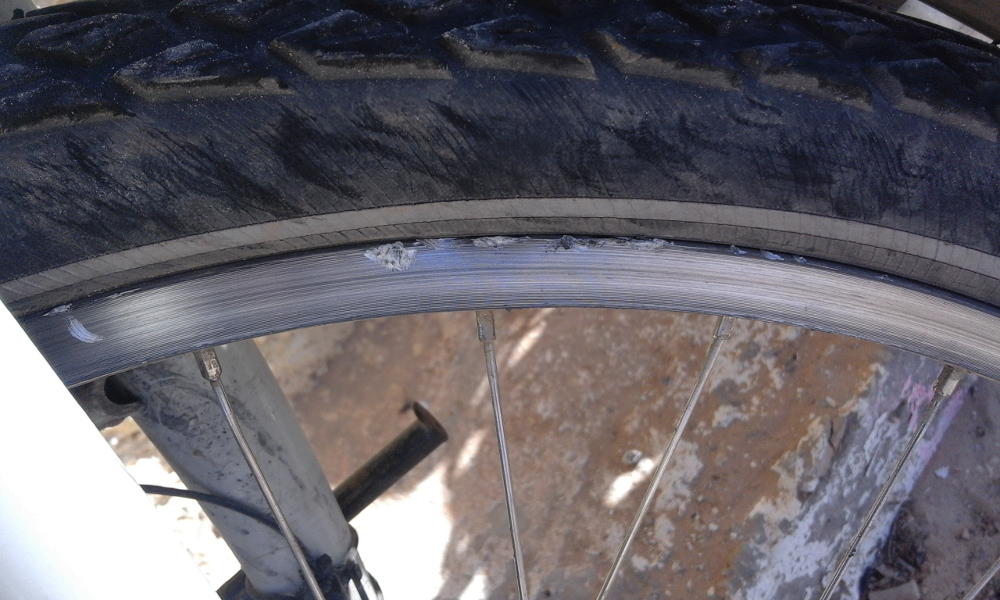 I realized immediately that the front wheel no longer fitted into the fork and that the fastenings of the panier bags were damaged. 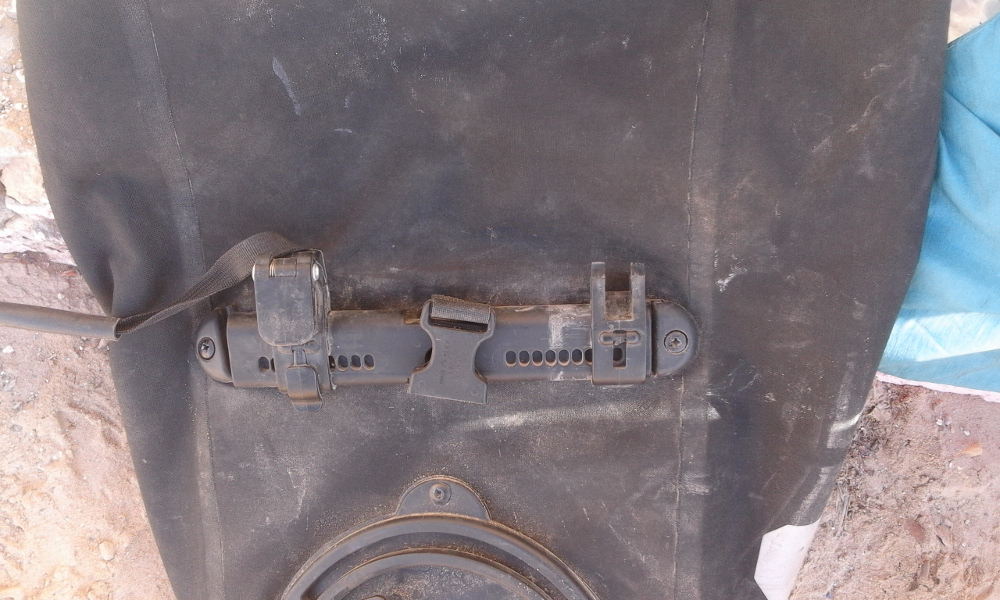 Even if the damage couldn’t be fully compensated, I wanted to make a point. I knew it meant work for the police. Too many cyclists are killed because of stupid behavior. I always have to be extra careful when I overtake a car because sometimes the door just opens or the driver pulls out without looking.

The campground was only 1.5 km away and I knew that Calle, with whom I had cycled last week, was still there. Fortunately, he is a bike mechanic but intended to leave by bus. Today. Therefore, I was in a hurry to get to the campground to catch him. The policemen didn’t want me to leave because I had to wait for the agents from the „Service des accidents de la circulations“. I didn’t manage to make them understand that I’d be back in five minutes.

Finally, I just took off and the policemen stopped a car and asked them to give me a lift. Calle dropped what he was doing and came along.

His assessment wasn’t great. The front wheel was damaged beyond repair!

The bus driver had taken off. The agent from the„Service des accidents de la circulations“ had arrived and suggested that I should have the wheel repaired or replaced in Dakhla and bring him the bill.

On the way back, I suggested to Calle that first I would make us coffee. Another disaster! When I opened the front panier bag, I discovered that everything inside had been folded, bended, or crushed. It was horrible! I didn’t know that the Trangia pot and filter can be folded but not unfolded. The fuel canister of my stove had been flatted together with the stove. Hardly a cloth pin had survived. 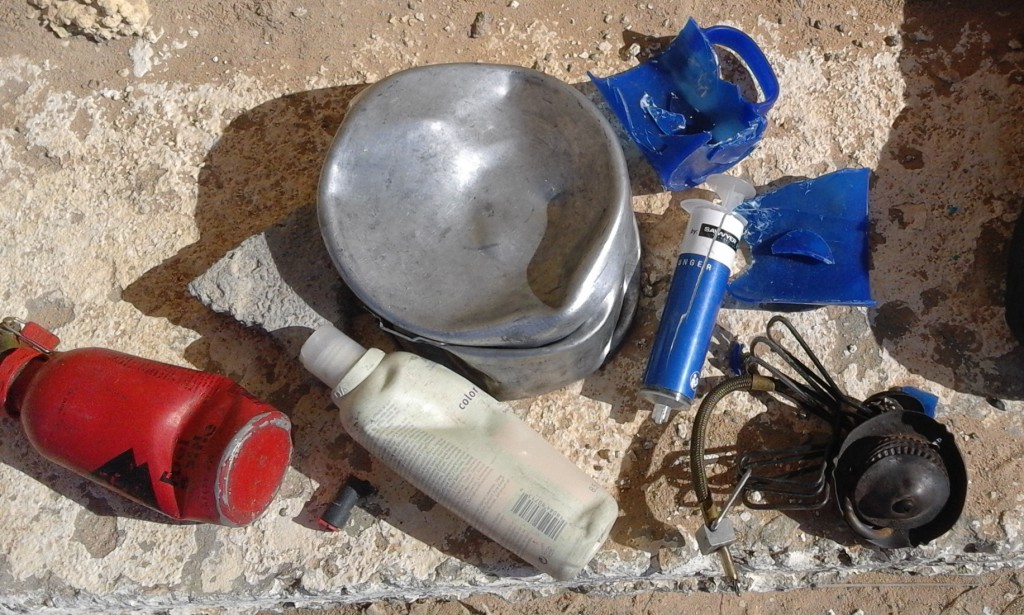 No stove – impossible. I don’t cycle without my morning coffee. The day before I had seen a guy at the campground make tea on a small camping stove. I immediately asked him, if I could buy one locally. He confirmed and also offered me his old one for free. I just needed to buy cartridges which are available everywhere. Fortunately, the first problem was solved.

Next step. I immediately realized how stuck I was without a bike. How do I get to the next town which is six kilometers away? Calle wanted to wait for me until I had bought a new front wheel and I opted for the fastest solution, a taxi. It had the advantage to take me directly to the bike shop. I managed to find a rim and spokes but unfortunately not in the right size for the hub. I needed to buy a new one as well. All together 15 Euro and the shop put everything together for me.

Two buildings down the road, someone added two holes to the panier bag so that I could attach it to the broken bracket. Now the panier bag is no longer watertight.

I was back at lunch time and Calle was still there to mount the front wheel. Fortunately, the rim had the same width as the old one and we didn’t need to adjust the brakes.

Calle left to catch the bus and I biked to town to buy a kettle, bag, and cartridges.

At 3:00 pm I went to „Service des accidents de la circulations“ for was the first time but the chief wasn’t there. I was told to return in one hour which didn’t really suit me because I had a few things to do on the internet. But that didn’t convince the staff. 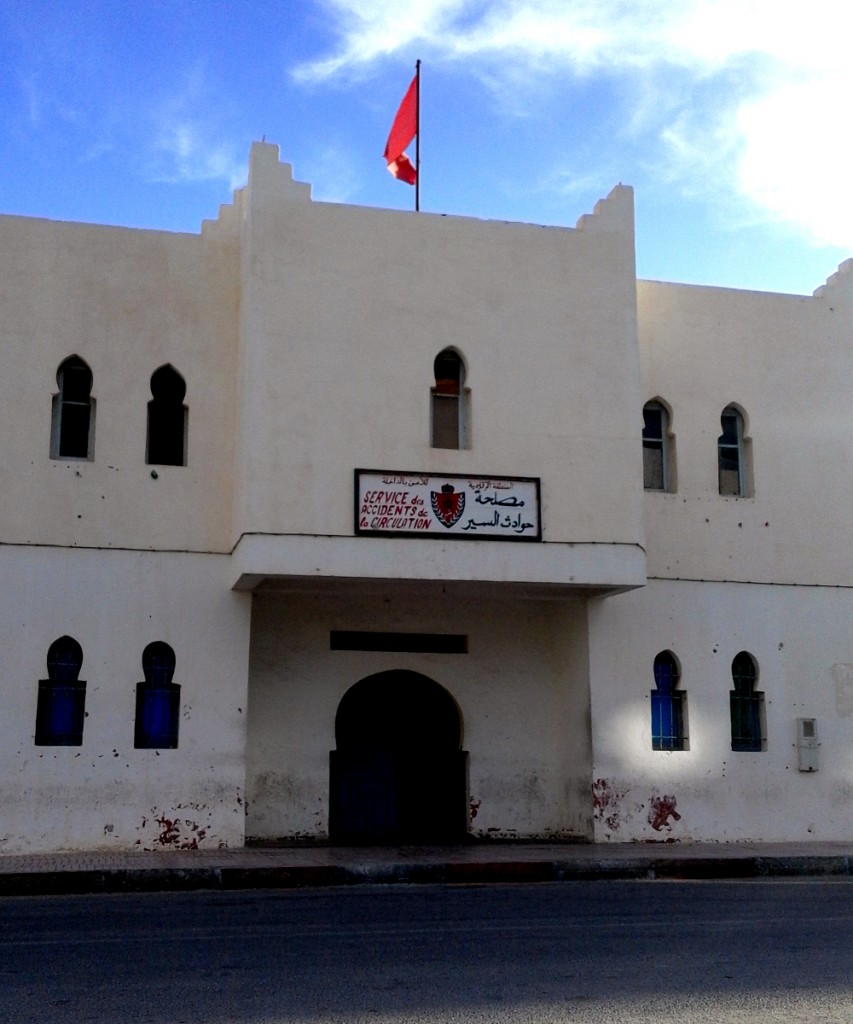 By 7:30 pm the chief and the bus driver had finally arrived. I only had receipts for about 200 Dirham or 20 Euros. I thought I should be kind and not ask the driver to reimburse me for the amount I had paid for the damaged things in Germany. I figured it’d cost me 300 Euros to replace everything.

In the beginning the bus driver only wanted to give me 50 Dirham. I convinced him to reimburse me the 150 Dirham for the front wheel. The chief of „Service des accidents de la circulations“ sat there and didn’t say a word. I told him repeatedly that this was only a stop-gap solution and that I surely wouldn’t make it to South Africa with these low-quality replacements.

The bus driver simply got up and left and the chief didn’t do anything more. I was really mad but at least I learnt a few lessons.

Hopefully something like this will never happen again but if it does, I’ll make a detailed list of all the damaged items and of their replacement value. It’s doubtful that I’ll be reimbursed but at least the damage will be clear.

In the dark I had to cycle back in the campground and the six kilometers helped me to vent my anger.

Of course, the main thing is that I wasn’t injured. Except for me, all else is replaceable.